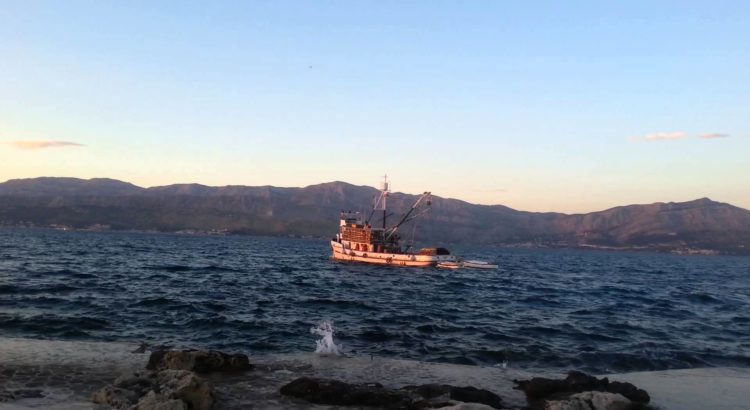 Almost every seafarer knows of the almighty ITF organization existence. And sure, everyone has heard the stories that it’s enough to threaten the ship owner with the name of ITF, and all the problems will be miraculously solved at once by themselves.

But is it true? Is the ITF as almighty as it is told to be?

There was a time, 15 years ago, when I was an inspector of a large seafarers’ trade union, which in its turn, entered into the ITF system. I inspected the vessels coming into the Ukrainian ports, organized strikes aboard the foreign vessels in order to “press” to pay outstanding wages to the crew members, conducted the claim work under the ITF brand, and I should say, I succeeded. I succeeded so much that thanks to work of such inspectors the ITF inspector himself appeared in Ukraine.

Taking into account that I have passed all the “soldier” work in the organization concerned, I must be the right person to know all the abilities of ITF and all its strong and weak sides.

The idea is the main thing uniting ITF. But still I insist that human recourses is the strongest thing that the organization possesses. And the more such people working for ITF are willing to help, the more effective this help will be.

What can the ITF do and what is real help of the organization in the seafarers’ problems solving?

I should say beforehands: I don’t go into global things, but concentrate most of my attention on such cases as: outstanding wages, injury during the contract period, disappearance without a trace.

This very segment must be the most effective in ITF working. Every seafarer in the debt case starts calling ITF for help and send for ITF inspector aboard. In 80% of cases the problem is being solved at once aboard, and the payment takes place. In other 20% of cases the crew is being proposed to conclude an agreement with the marine lawyers to represent their interests in the court.

The ITF is not a proceeding party and doesn’t file the suit on behalf of the crew members in order to arrest the vessel. This is done exclusively by the marine lawyers.

In other words, if your case doesn’t have a prospective to be settled through negotiations, you’ll be forced to apply to the marine lawyers to solve your problems. Moreover, ITF can cover itself by the common phrases being heard by all the seafarers: ‘you ‘re not an ITF member, so we recommend you to apply to a national trade union, the member of which you actually are or hire a marine lawyer for a certain %”.

So in this case the ITF help can consist of correct recommendation of a marine lawyer. But it will be for your account. And if the case further on turns out to be winning, ITF gets all the glory, if no-win – the marine lawyers failed.

Being a marine lawyer, I’m sometimes abused because of such situation, but it’s the fact (with a smile and no sarcasm) )).

If the vessel is covered by ITF collective agreement, in this case the trade union is a signatory of the present agreement – can take the case under its control and perform exclusively in the frames of this agreement.

That is, to consult the seafarer and organize the seafarer examination, if there are any arguments on the injury. But if the ship owner refuses to recognize the examination results or takes the principal position as for the seafarer and refuses to pay compensation, in this case ITF usually send a letter with a demand or request to figure the matter out and compensate. And if it’s futile again – the case is being handled to the marine lawyers.

And again the marine lawyers make everything out, as these are they to ground the position, to arrest the vessel and if necessary even to increase the compensation sum, stipulated in the collective agreement.

As it’s said, watch paragraph 2. If it’s impossible to settle the matter by negotiation process on compensation to the family of the killed or died seafarer, the family is recommended to hire a marine lawyer.

ITF doesn’t take part in the disappeared without trace person search, and maximum the family can account for is a couple of letters and a recommendation to hire a lawyer to state the fact itself in the court in order to demand further compensation.

But I want to draw your attention to the fact that it’s not only ITF to cooperate with the marine lawyers. There are a lot of other public organizations, seafarers aid funds, trade unions, which also apply for help to the specialists.

So, if you decided to use the help of the specialist, you’d better hire the marine lawyer, than a civil matters advocate. As my practice shows, it’s very hard to remake the work after the «civil advocates».