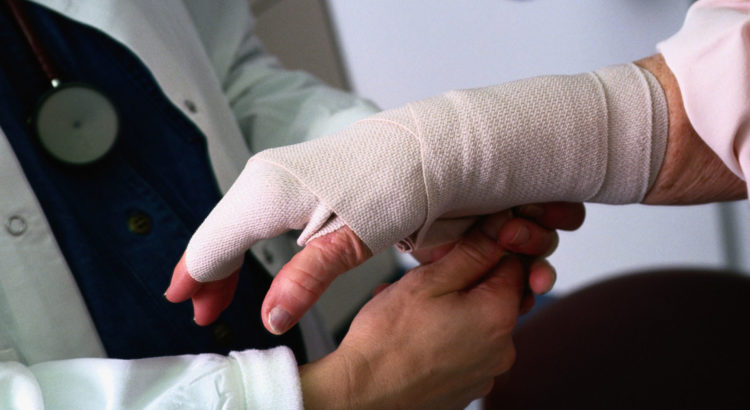 Unfortunately, nowadays neither Ukraine nor Russia make statistics of the seafarer’s accidents during the contract period. That’s why it’s rather a problem to say for sure how many seafarers need help.

But the fact is that they really need it.  Judging by my practice these are the injured seafarers who really need the help, because this case category is usually connected with the ship owners’ wish either to cheat on the seafarers or to reduce the sum to be paid to minimum.

I suggest to consider several variants:

Most of seafarers deem, that in case of an injury aboard the compensation is guaranteed, and the ITF agreement provides the maximum possible wages.

But is it true?

Let’s consider the first variant and study the seafarers’ help opportunity and the variant when the help is just necessary.

In the case of injury during the contract period, aboard the vessels covered by ITF agreement, the seafarer is entitled to get compensation depending on the injury severity level.

In other words, the more severe injury is the more substantial wages should be.

What can be the ship owner’s deception here and where is the catch?

The catch is in the fact that the collective ITF agreements predispose the procedure of the seafarer level of work capacity loss definition, performed exceptionally by the company doctors, who are the only ones to state the seafarers’ rehabilitation and prospects opportunities.

That is, if the doctor states 70% loss of work capacity, wherein he has seen the recovery prospects in a year or two, or has seen the theoretical possibility of the slightest improvement in the future, that means the seafarer’s failure in getting 100% of maximum compensation.

Unfortunately, it’s the fact that the ship owners and the insurance companies lawyers always raise the question of the recovery prospects, even in the cases of the second group of invalidity, to minimize the losses and the compensation refund.

In this case the help for the seafarer is essential. It is essential to decline the ship owner’s attempts to reduce the compensation refund

The ITF agreements predispose the opportunity to be appealed against the survey results, and the seafarer is entitled to demand the objective survey made by an independent doctor, whose conclusion will be acceptable for all the sides.

Judging by my practice, the conclusions of the company doctors and the independent ones, as a rule, differ considerably as for the after injury recovery prospects.

This is the main catch.

Besides, no one canceled the seafarer persuasion tactics and pressure on him aiming to refund him a compromise sum now rather than myth payment later. This is made right in time of company doctor’s writing the conclusion as for necessary rehabilitation during 10 months.

In this case the seafarer is offered to be compensated 30-40% out of the actual sum. And a lot of persons agree instead of applying for help and getting real 100% not in 10 months but during 2-3.

I should also add, that it is very frequently used the tactics of promising to take a person aboard at once after the partial wages or refuse of wages at all. But as you understand, actually the person is not going to be taken aboard.

It’s necessary to keep in mind that under the ITF agreement, in the case of stating the loss of work capacity level more than 50%, the seafarer is entitled to get 100% of compensation.

Moreover, it’s important to know, that in case of stating the loss of work capacity level less than 50%, but if there is a conclusion of incapacity of  further work on the Navy vessels, the seafarer also  is entitled to get 100% of compensation.

For example, the partial loss of either sight or hearing as a result of injury aboard, can lead to 25-30% of work capacity loss, wherein there will be conclusive prohibition for further work in the sea. In this case the seafarer is entitled to demand to get 100% of compensation.

If the vessel is uncovered by ITF agreement, the seafarer in the case of injury aboard is entitled to be compensated according to the provisions of the Contract of employment.

In 90%of cases in all such contracts the compensation is stated in proportions to the level of seafarer work capacity loss. The procedure of stating the work capacity loss level is the same as that on the vessels covered by ITF agreement.

However, there are some peculiarities, mainly in the case of full prohibition of further work in the sea, it’s completely impossible to demand 100% of compensation. The ship owner will pay in accordance with the contract depending on the loss level only.

In other words, if 50% loss of work capacity is stated, the payment will be in amount of 50% from the maximum sum written in the contract.

The help for the seafarers in the case of injury may be like this: the seafarer will get a chance to the increasing the compensation sum to contract maximum or even higher. As the practice proves, the seafarers cannot stand their rights in front of the ship owner without the qualified specialists.

It is the most challenging category for the marine lawyers. There are few specialists who take on these cases, but still everything is not far futile.

It’s important to know that without any contract the seafarer is right less and by himself he has no chance to get any wages.

The help for seafarer in this case is to assist him in getting fair compensation.

How it is made. The specialist studies the laws of the flag country, the ship owner country. The seafarer is fully examined and then the claim is lodged to the ship owner in order to get compensation.

To reach this stage is a great luck, as if the dialogue was launched, the issue of compensation is a matter of time.

If the ship owner isn’t engaged in conversation and ignores both the seafarer and his representatives, in this case the marine lawyers have every right to take the case to court and initiate the vessel arrest.

I always see the advantages of such cases, because we don’t have any sum limits and therefore can declare any amount of sum we want in order to force to negotiations and bargaining with the seafarer.

In other words, this kind of cases is usually futile for other lawyers but not for me and my clients.