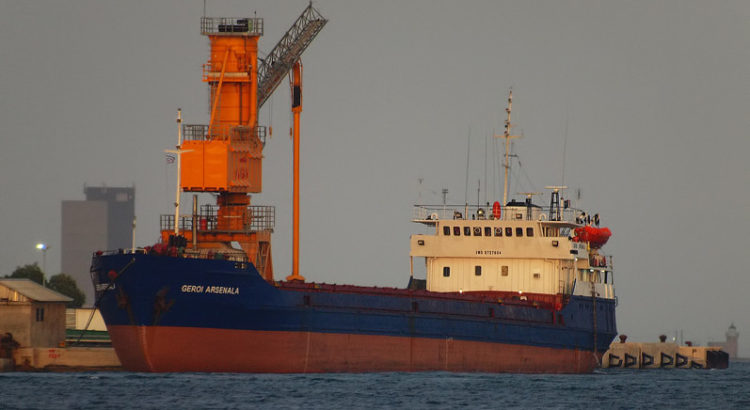 19.04 2017 the cargo ship “Heroes of Arsenal” wrecked near the Kerch Strait. Ship under the flag of Panama.

I apologize for the words “cargo ship” and substitute it for “wreck”. That is the right term to it.  How otherwise can we call the swimming object able to split in two during a storm in the Black sea?

To be honest, I just can’t get it how these type of ship is permitted to go to the sea and how the port state control of the city of Azov is commenting this situation. They are the first to bear responsibility for the wreck.

It’s far not the first accident in the Black sea when the crew together with the vessel goes to the bottom and practically in each case the technical condition of the vessel was far not the best.

But it’s not the topic for this discussion. I’ll write a separate article devoted to it.

No doubt it’s a tragedy which caused the loss of the majority of the crew. The part of the crew is considered to be lost missing, the other part has already been found but unfortunately dead.

There is still a hope that the men considered to be lost missing have survived and being picked up by the passing by vessels. The relatives are supposed to obtain the full information in the nearest twenty-four hours.

In the cases when a person has been picked up in the sea this information is immediately available to all the search services and the nearby ports administrations.

Let’s hope to the best.

The majority of the crew was from Mariupol and Kherson region. And the relatives of the seafarers need our support.

And now as for my specialty: the compensations for the seafarers and the members of their families.

What deteriorates the situation is the old age of the vessel and lack of normal insurance club. As a rule the vessels of such a class are being insured not in the best and the most reliable companies. Unfortunately but it’s the fact.

Let’s hope that the guys will be found safe and alive.