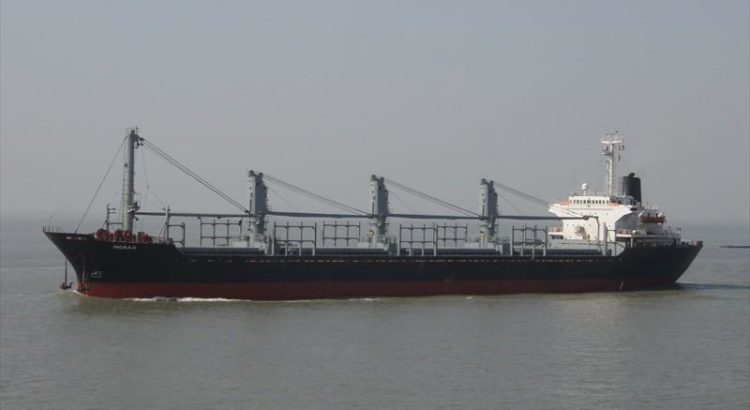 In February I was sharing the information about a family of a seafarer, tragically died aboard the vessel «INDRA II» (IMO 8301668, flag – Union of Comoros, applying to me. I was applied to on the reason that the ship owner of Bulcom Company entirely refused to discuss the accident compensation issue with the family, and moreover even didn’t try to cover the funeral expenses.

I will not describe who the Bulcum are. It’s enough just to have a look at any seafarers’ forums and read the references. So, back to the issue. In view of company refusal to discuss the compensation and expenses issue, we have made a decision to arrest the vessel «INDRA II» (IMO 8301668) in Turkey, in which we completely succeeded.

Having studied the law of the flag (Comosos Law), I realized that we are not limited in the right to demand, and therefore, we surely remitted the some several times bigger than that proposed at once after the arrest.

The paradox of this case is that the vessel is still being arrested. And all this time the company was attempting to come to terms with us and a family, meanwhile not leaving the hopes and attempts to release the vessel at the same trial, accusing us of great losses suffered by a “good company” #Bulcom due to demurrage. A kind of distraction from the topic)). In May this very vessel crew also applied to us for outstanding wages repayment. The vessel is being arrested, but it’s not the seafarers’ fault, and they should be paid. I will not go into the details of this trial and how we managed to keep the vessel arrested for such a long time (it’s a topic for a separate discussion). To put it mildly, the expenses were COLOSSAL. I underline – to put it mildly. But the official expenses are in no way the “bribery”. And we succeeded.

As a result, on Friday the documents on the mutual claims withdrawal and the full compensation repayment were signed. As for the sum of money – it turned out to be twice as big as the primarily proposed as a full compensation.

That is, one more time we have made a favorable precedent for the seafarers, when in some cases it’s possible to “force” the employer to pay the compensation twice or more times bigger than that, predisposed by the contract or that is proposed.

P.S. if the company would have paid the expanses and offered at list some money to the seafarer’s family at once after the accident, there would be no appeal to me, no vessel arrest etc.

Under the agreement, the vessel can be released at once on the remittance of the money on the account.

I consider the case to be closed. In any way, the documents have already been signed by both sides. Something little is left to be done.

Why legal aid is necessary to the seafarers in the case of injury? 15 Feb , 2017