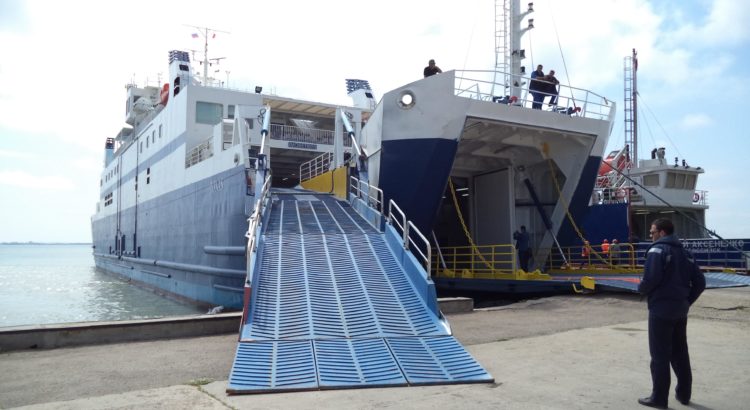 Very often the Crimean seafarers apply for legal aid to me and they recent as for the fact that the ship owners and the insurance companies refuse to acknowledge their documents.

Really, the problem is actual and not the only one.

I don’t want to write a lot and describe its reasons. There are volumes of such descriptions in the internet, and I’m not willing to retell or rewrite them. I’ll confine myself to some key points.

Starting from March 2014 almost all the documents published/issued on the territory of the Crimea are illegal for the majority of countries worldwide (the Resolution of the UN organization about non-recognition of the Crimea as the Russian Federation territory) and are legitimate for Russia and a few other countries.

Besides, banks and enterprises working on the territory of the Crimea subject to the European and US sanctions and therefore, to avoid sanctions a lot of companies have changed the Crimean registration to the continental Russia or Ukraine.

In general, the situation in the Crimea is right like this, and it contributed to the problem that a lot of seafarers’ documents are not accepted by the ship owners.

But as the practice shows, the documents are not accepted not by the reason that the ship owners do or don’t acknowledge the Crimea to be the territory of Russia or vice versa Ukraine, but by the reason of their fear to be subjected to sanctions in the case of dismantling of their activity in the Crimea.

The bigger the company is – the greater is the monitoring chance from the ship owner’s side.

But judging by my practice, I’d have said it’s nothing but convention. The documents issued in the Crimea are being accepted, although not always.

The banks with pains but pursue working and accept remittances from abroad. The situation deteriorated but still everything is not that gruesome as it seems.

The Crimean seafarers open the accounts in Tyemruk, Novorossiysk. The documents pursue making in Ukraine and don’t get rid of Ukrainian passports. In general, people succeed in evading barriers.

To finish the banking issue, I’ll tell that during 2,5 years only few times the ship owners refused to remit money to the Crimean seafarers because of the place of registration.

I‘d also like to draw the attention to the fact that availability of two civil passports also creates some problems for the seafarers. As a rule the seafarers are officially employed by the Ukrainian passports and Ukrainian documents, but in the case of getting into trouble abroad use the passport of Russian Federation. From one side, the Ukrainian Ministry of Foreign Affairs should act and help, but the request goes to the Ministry of Foreign Affairs of Russia.

As for medicine – this question is more or less clear. If there is an arm fracture, the country doesn’t matter, the fracture is always fracture. The medical documents are being accepted by all the sides. But not all of them.  Medical certificates from the therapist, examinations, treatment and checks – have no problems with acknowledgement. But as for disability determination – it is at the discretion of the ship owner. In my practice, they always try to make examination of the seafarer on the territory of Ukraine to provide more legitimacy to the documents. Reassurance. Why is it done? There are two reasons. The first one – fear of sanctions. And the second – fear of official appeal and non-recognition of the examination results. I’ll say it again: all the documents issued on the territory of the Crimea may be recognized as illegitimate in one of the courts of Europe or America. That’s why all the ship owners and insurance companies try to reassure themselves just in case.

But notwithstanding all said above, I can say the following: there is no clear picture and it’s impossible to foresee if the documents will be recognized or not. I faced both situations when the documents were recognized without saying and when there was a categorical refusal. Moreover, there is a practice, when the documents issued on the Crimean territory were accepted by the foreign courts as legitimate.

In any case, the practice shows that in the majority of cases the Crimean seafarers can face the difficulties and they’ll have to come to put up with it.