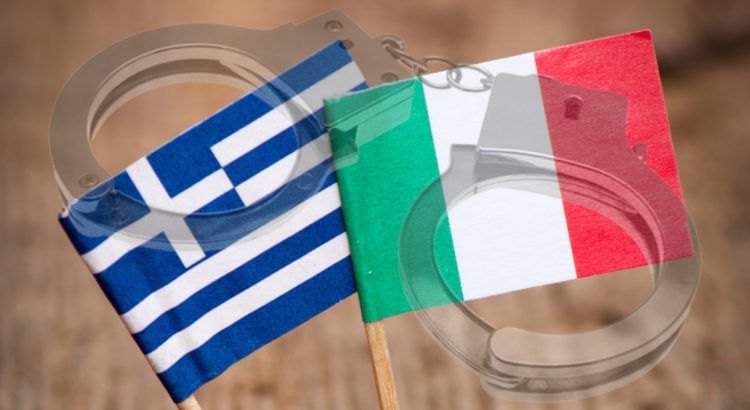 Speaking about Italy, it should be pointed out that in comparison with Greece, it’s legislation in respect to the imprisonment terms is rather loyal.

In Italy the possible imprisonment terms for the seafarers for trafficking of the illegal immigrants, organizing or providing any other assistance in the committing of the offense, constitute from 1-5 years of imprisonment, plus 15000€ fine for each illegal immigrant. But degree of guilt and the terms are defined according to the degree of participation of guilty person/persons. Thus the terms may be floating and not always to be on their tops.

Let’s consider Greece. The situation here is much rougher in comparison to Italy. The point is that the fight with illegal immigrants in Greece is almost national tradition, supported on legislative level. For each illegally trafficked immigrant, a person can be imprisoned for 10 years, hence arise the terms of 500-800 years. But there’s a peculiar thing: the highest and frontier term for such offense is 25 years. And as it rarely happens that only one illegal immigrant is being trafficked, it results in maximum term of 25 years for all the seafarers.

In Greece the real terms are accounted depending on the number of people aboard, their age, presence of children aboard etc. That is, all factors are taken into account.

My personal opinion is  following: the seafarers may not know about supposed trafficking of illegal immigrants, being merely employed or agreeing to take the job being in Ukraine. In fact, if the illegal immigrants are present aboard the vessel or a yacht- it’s impossible not to know about.

And further on you have a choice: whether to agree and commit an offense and in the case of arrest to be imprisoned for 25 years in Greece, or to refuse and to lose both a contract and money for flight.

To justify the trafficking of illegal immigrants without getting real imprisonment term is possible entirely having proved the fact of violence or a threat of violence towards the seafarer. But in reality it’s very hard to prove that everything has been done at gunpoint. And in this case no one can prove it but the seafarer himself.